With the immense pressure that comes with planning the perfect wedding proposal, it can be wise to take some tried and true tricks from some of the most artistic, poetic and well-spoken figures in history.

Check out these five famous love letters whose words won its readers’ hearts, and gather some inspiration for when you’re ready to pop the big question. The relationship between American novelists F. Scott Fitzgerald and Zelda Sayre was infamously rocky, with each accusing the other of plagiarism over the course of their marriage. However, their love story began as sweetly as you can hope for, as you’ll see in this proposal letter.

“Darling: I am sending this just the way it came—I hope it fits and I wish I were there to put it on. I love you so much, much, much that it just hurts every minute I’m without you—Do write every day because I love your letters so—Goodbye, my own wife,” wrote Fitzgerald to his beloved, including an engagement ring belonging to his mother in the note.

“Scott, darling, it really is beautiful. Every time I see it on my finger I am rather startled… but I love to see this shining there so nice and white like our love—and it sorter says “soon” to me all the time—just sings it all day long,” replied Zelda.

You can just imagine the love letters between these two writers got pretty heavy!

Long before becoming the 33rd President of the United States, Harry Truman, as a soldier in World War I, frequently wrote letters to his childhood friend Bess Wallace. According to biographer David McCullogh, Wallace rejected Truman’s romantic advances before the he went off to war, but they nevertheless remained platonic pen pals. However, he continued his attempts to woo his hometown sweetheart, and eventually won her heart.

Though most of their correspondences were hardly love letters according to McCullogh, they seemed to work; this note was sent January 11, 1918, after Truman had a short visit home, and the couple married a year later.

“You’ve no idea how short five days are. I have been pinching myself every day saying ‘well, what a grand kidding you gave yourself.’ If only I could. But I suppose it would have been just as hard to come back in another week as it was in five days… I didn’t know how crazy I was about you until I went to leave. I’d give all I have or ever expect to have to see you tonight.” 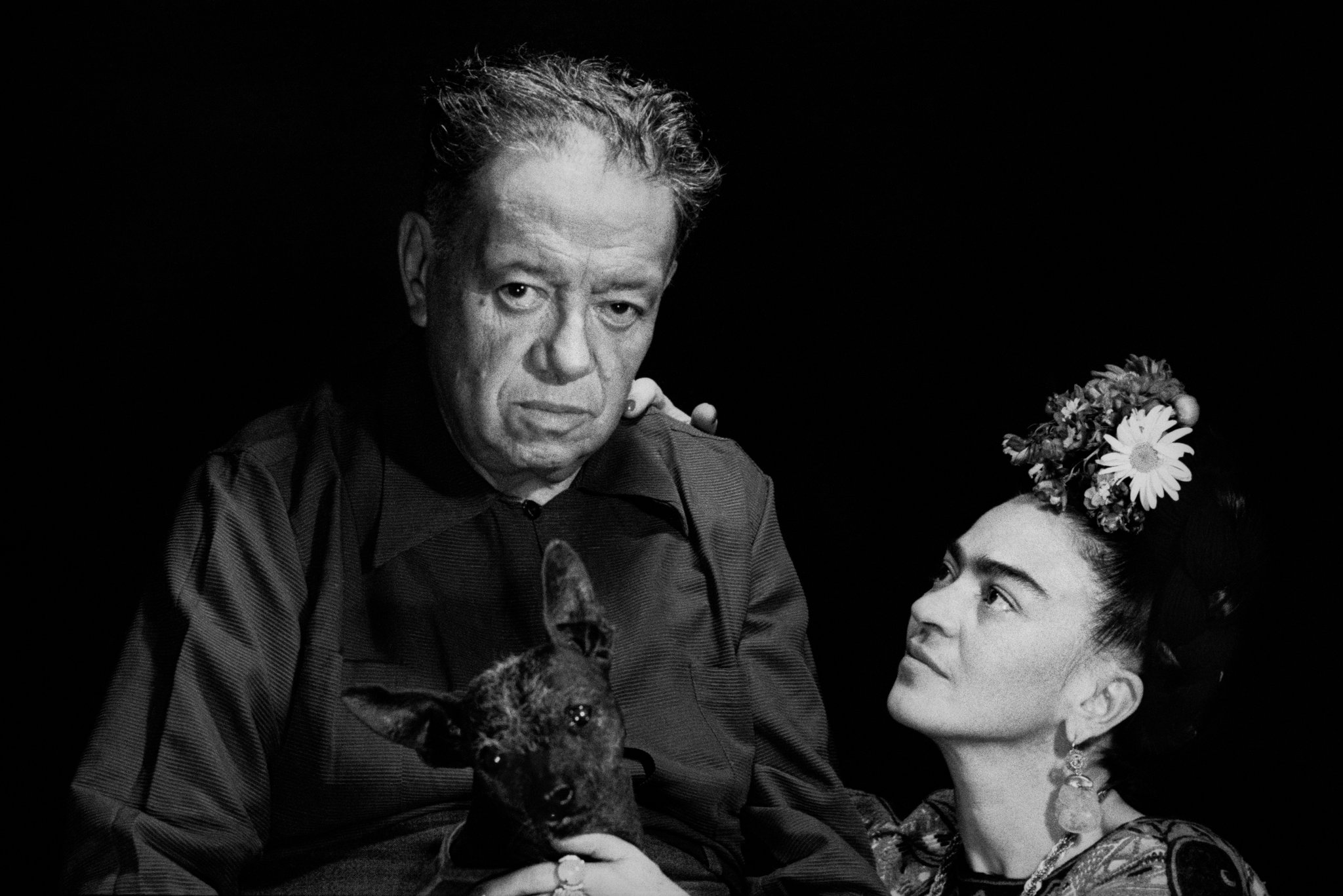 Frida Kahlo and Diego Rivera shared a famously troubled marriage—they married in 1929, divorced in 1939 and remarried a year later. This note was written by Frida in 1940 to her ex-husband, just before their second wedding.

Remember that once you finish the fresco we will be together forever once and for all, without arguments or anything, only to love one another. Behave yourself and do everything that Emmy Lou tells you. I adore you more than ever.

Prior to becoming the second President of the United States, John Adams was a country lawyer who enjoyed a long courtship with his third cousin, Abigail Smith. The couple exchanged many such letters during this time, and addressed each other as pet pseudonyms such a Diana or Miss Adorable, according to biographer Woody Holton, as in this love note from October 4, 1762.

By the same token that the bearer hereof satt up with you last night, I hereby order you to give him as many kisses and as many hours of your company after nine o’clock as he shall please to demand and charge them to my account… I presume I have good right to draw upon you for the kisses, as I have given two or three millions at least, when one has been received, and of consequence the account between us is immensely in favour of yours, While not exactly a love letter, poet Elizabeth Barrett Browning wrote this piece about her husband Robert, also a poet, just before they married in 1846. The sonnet is still considered one of her most famous pieces of work, and has since inspired many a romantic to confess their love with those same first few lines.

“How do I love thee? Let me count the ways.

I love thee to the depth and breadth and height

My soul can reach, when feeling out of sight

For the ends of being and ideal grace.

I love thee to the level of every day’s

Most quiet need, by sun and candle-light.

I love thee freely, as men strive for right.

I love thee purely, as they turn from praise.

I love thee with the passion put to use

In my old griefs, and with my childhood’s faith.

I love thee with a love I seemed to lose

With my lost saints. I love thee with the breath,

Smiles, tears, of all my life; and, if God choose,

I shall but love thee better after death.”

Though the practice of mailing love letters has declined a bit, no one can deny the romance of a confession of love in a note, poem, or song. Tell your special someone how much they mean to you with the unique gift of an original song that brings your love story to life.

April 3, 2018
Previous post
5 Gift Guides To Personalize Your Valentine’s Day
Next post
Everything Happens For A Reason