Loving Ways To Celebrate Your Anniversary While Apart

When it comes to celebrating the anniversary of your special day, it is important to feel a connection with the person you are celebrating it with and when separated by distance on that day, it can be difficult to feel that sense of connection.

However, there are some things that can be done to ensure that no anniversary is spent truly apart from one another.

For whatever reason you can’t celebrate your anniversary side-by-side with your partner, that doesn’t mean you have to give up your special day. Where there’s a will, love will always find a way

Too Busy, But Still Thinkin’ Of You

You know what they say — people make plans and the world laughs.

No matter how special the occasion, sometimes a deadline gets shifted or a supervisor swoops in, and someone’s stuck spending their anniversary in the office. Spare them the “k” texts (they probably feel bad enough already) and take little steps to show them how much you care even though they can’t be there.

As blogger Alli Hendrix writes about her partner’s absence due to work, “The travel schedule was rushed. The hotel room was lonely. The airplanes delayed. The meals quiet. His heart longing for the chaos of our home and warmth of our love. It was at this point I made an intentional decision to start sending a little of that warmth with him.”

It’s hard not to get peeved at your partner for missing your anniversary, but you can bet they’d much rather be sitting next to you at dinner rather than their sweaty colleague working late into the night.

Couples in long-term long-distance relationships have some of the best experience in celebrating anniversaries while apart.

Whether this is your first time apart on your special day or you’re veterans of the long-distance love life, their real life stories of loving from a distance can help inspire some creative celebrations.

On the long-distance relationship (LDR) thread on Reddit, love stories abound from miles-apart lovers. L_laterza’s girlfriend sent them a pizza with olives arranged on top in the shape of a heart (Chicago-style no less).

It's me and my girlfriends 3 year anniversary today, its been a long distance relationship for 2 years and this showed up at my door today…

For their 2-year anniversary, dylan_produkt made his girlfriend an infographic about their relationship and emailed it to her. As with most of life’s concerns, when in doubt, you can always turn to Reddit for your anniversary needs! 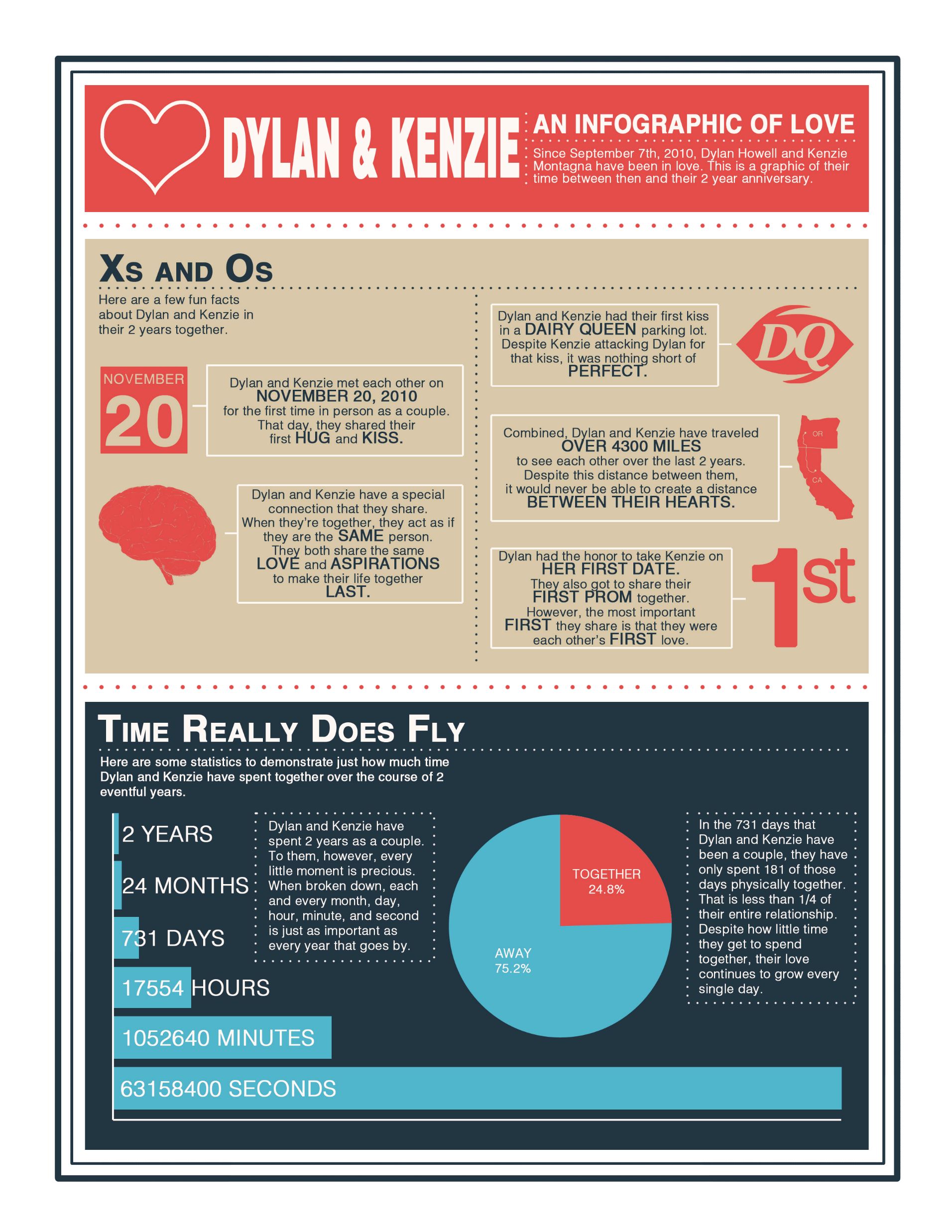 If your significant other is serving in the Armed Forces, it is already difficult to be separated from each other during every deployment. On your anniversary, it can be even harder.

There are so many amazing new gift ideas that have made it possible to transcend distance and times, even during tough times like deployment.

One idea that many military wives enjoy sending are “stick and record” stickers. These scannable stickers can be put inside letters with a unique barcode and when scanned, these stickers will open up a prerecorded video on the mobile device. This is a great option to add a personal touch to each letter and allows you to see your significant other’s smiling face.

Another great idea to bridge the gap is the unique anniversary gift of a personalized song.

By providing brief information about your significant other as well as any specific memories you want included, you can have a 100% original, radio-quality song prepared for you to present to your partner. This is a truly amazing option, for a song can be sent over email or text, taken virtually anywhere and enjoyed at anytime of the day.

With the gift of a personal song, your significant other will be thinking of you every time the song plays and it will make for a one-of-a-kind anniversary gift that will be unforgettable, whether you’re together on your anniversary or separated by distance.

With these fun, creative ideas, it is possible to have a truly special anniversary despite the distance. From flowers to custom songs, the possibilities are endless to make your anniversary a memorable one.

Learn more about creating a personalized song for your anniversary!

Unique Christmas Gifts For Him